Afghan men pray in the outer courtyard of the Hazrat-e Ali shrine in Mazar-i Sharif Photo courtesy of AFP.

Turkish people break their first day of fasting for the Muslim holy month of Ramadan with meals distributed by the Eyup Sultan district municipality, on a bridge in Eyup Sultan, downtown Istanbul. Photo courtesy of AFP/Getty Images.

Malaysian Muslim breaking their fast on the first day of the holy Islamic month of Ramadan in Kuala Lumpur, Malaysia. Photo courtesy of AP.

A food vendor arranges traditional foods for ''Buka Puasa'' to break the fast during the month of Ramadan in Denpasar on the resort island of Bali. Photo courtesy of AFP/Getty Images.

A volunteer carries food as people wait to eat their iftar meal to break their fast at charity tables that offer free food during the holy fasting month of Ramadan in Cairo, Photo courtesy of Reuters.

Ramadan is a special month in the Islamic calendar when practising Muslims show their respect for the time in which the teachings of Allah is revealed to the Prophet Mohammad.

It is a month that involves a focus on being one's best possible self, with the hunger, thirst, frustration and irritation felt by everyone all put to the test during the self-restraint period followed by a celebration.

It is estimated to start around June 6th, 2016. But why is that just an estimate? Ramadan’s start date changes every year because Islam uses a lunar calendar and the holiday always falls during the calendar’s ninth month. Scholars believe the Quran, the holy text in Islam, was first revealed during the ninth month. However islamic leaders will meet on Sunday evening to look for the Crescent moon and determine the exact start date of the holy fasting month, probably Monday. Lunar months are shorter, which accounts for the date moving back each year by several days.

How long is the fast each day?

Those taking part in fasting often wake up around 4 a.m. or 5 a.m. to eat and drink ahead of their daylong fast. At sundown, the daily fast is broken with the iftar meal, which usually consists of dates, sweet drinks and desserts.

Did you know, Muslims in the UK and some of Europe's nothernmost towns this year fast for more than 6 hours longer than those in Mecca? That is because in that part of the world during the summer months, the days are long and the night is short, although most Muslims don't fast later than 10.07pm.

Why do Muslims fast during Ramadan?

The practice is intended to help teach Muslims "self-discipline, self-restraint and generosity". It's common to have one meal (known as the suhoor) just before sunrise and another (known as the iftar) directly after sunset. Many Muslims begin taking part in Ramadan once they have turned 12 years of age. Fasting serves as a reminder of those less fortunate around the globe and builds a connection with Allah.

Improve your quran knowledge with quran teachers hosted on Rapidfy!

Fasting does not mean dieting! Some Muslims say the month is sometimes confused with a kind of dietary "detox", but that this interpretation is a misinterpretation of its real scope. It involves abstinence from eating, drinking water, and smoking between the local sunrise and sunset times - and trying to abstain from sensual and sexual pleasures throughout the entire month.

Who is exempt from fasting?

Those who are not required to fast during Ramadan are non-Muslims, young children, the sick or those with mental illnesses, travellers, the elderly and women who are menstruating, pregnant, breast-feeding or have recently had a baby, says Al Jazeera. In previous years, Olympic athletes have been considered exempt from the fast, and at the 2014 World Cup some Muslim footballers also made use of the exemption available to travellers.

What are the tips to fast healthily?

Hosting a Ramadan open house? Take the headache of preparing food and concentrate on your guests with caterers hosted on Rapidfy!

Ramadan ends each year at the beginning of Shawwal, the 10th month of the Islamic calendar, which will likely fall on either July 4 or 5 this year. A major feast known as Eid al-Fitr marks the end of Ramadan. Fireworks, festivities and large meals are part of the festivities around the globe.

The festivities begin with early morning prayers and breakfast, followed by a day of feasting with friends and family. Many Muslims don their best clothes to celebrate eating their first daylight meal in a month and give thanks to Allah for giving them strength and self-control. Gifts are often exchanged and homes are decorated to mark one of the most important days in the Muslim calendar. But it is also a time of reflection, forgiveness and altruism.

What are the rules in Muslim countries during Ramadan?

In many Muslim countries, visitors are expected to abide by the restrictions of Ramadan, at least in public, meaning no eating, drinking, chewing gum or smoking during the day. Non-Muslims should show respect to those who are fasting and pay attention so as not to offend Islamic values. In some countries if you demonstrate culturally insensitive behaviour that offends, you could be arrested. Loud music and dancing is considered disrespectful during Ramadan and some restaurants will close or operate amended opening hours. Travellers are advised to stock up on food in their hotel room, unless they want to rise early for a big pre-dawn breakfast and stay up late to break the fast. 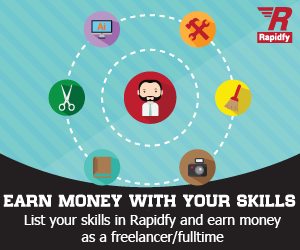